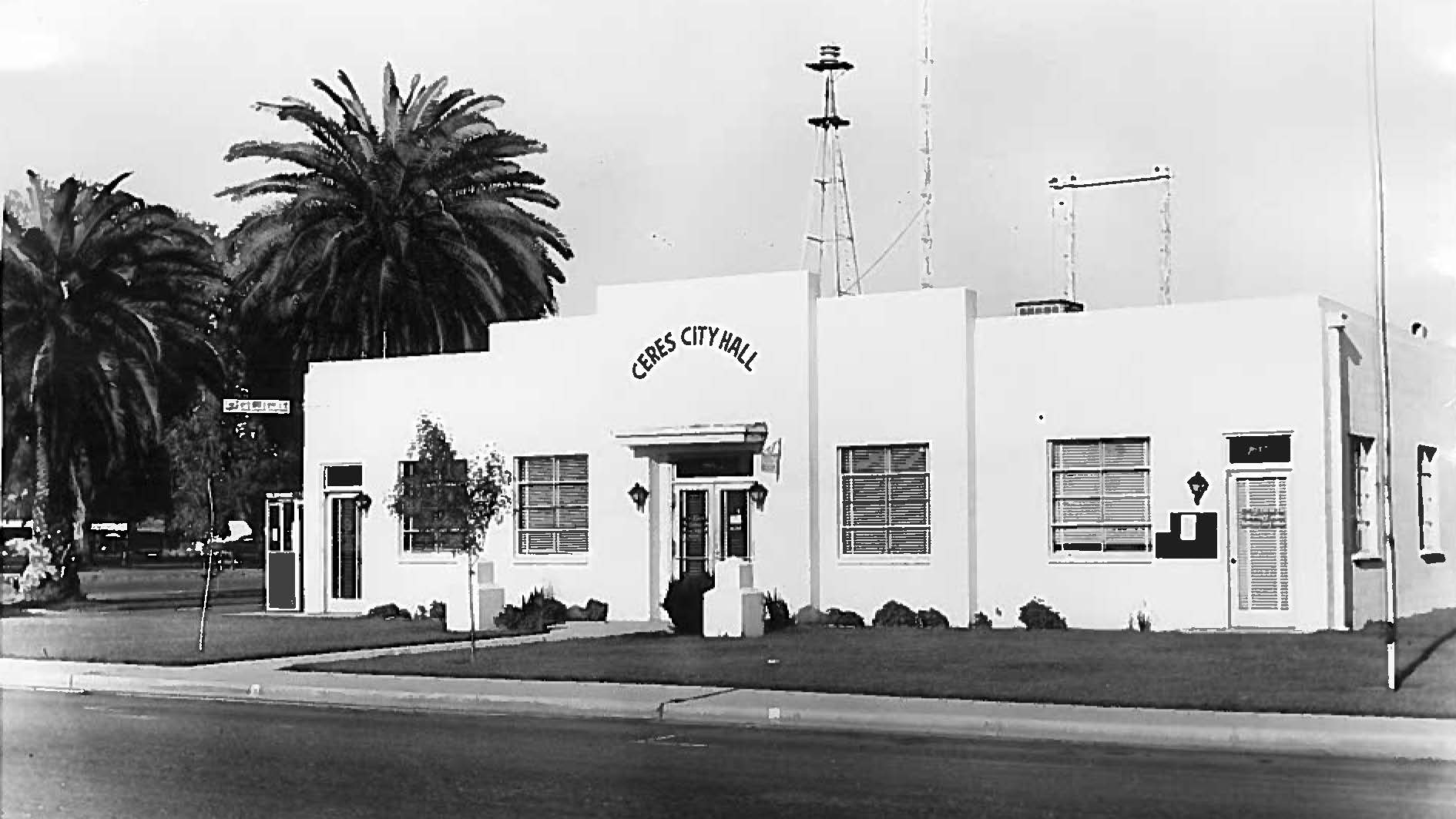 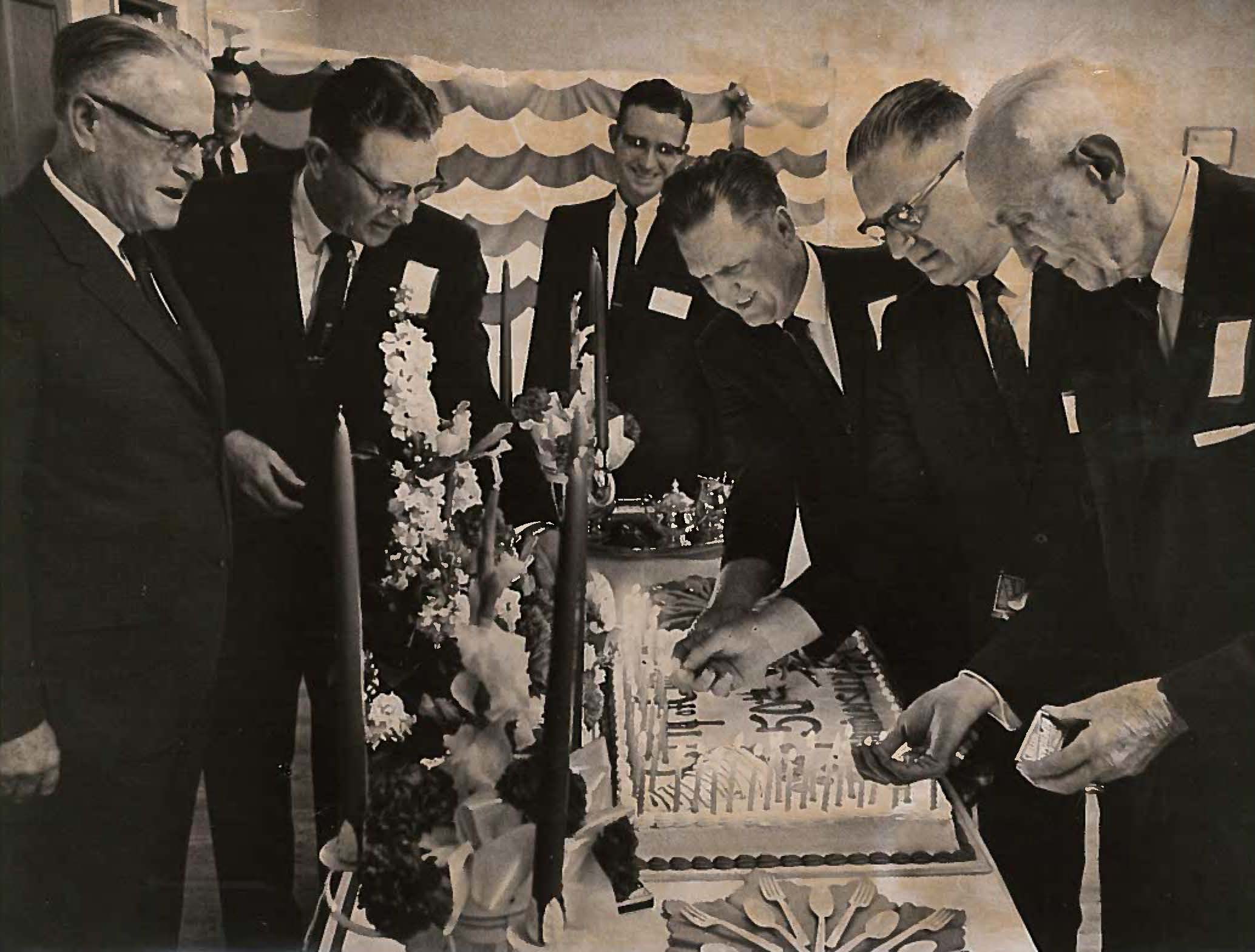 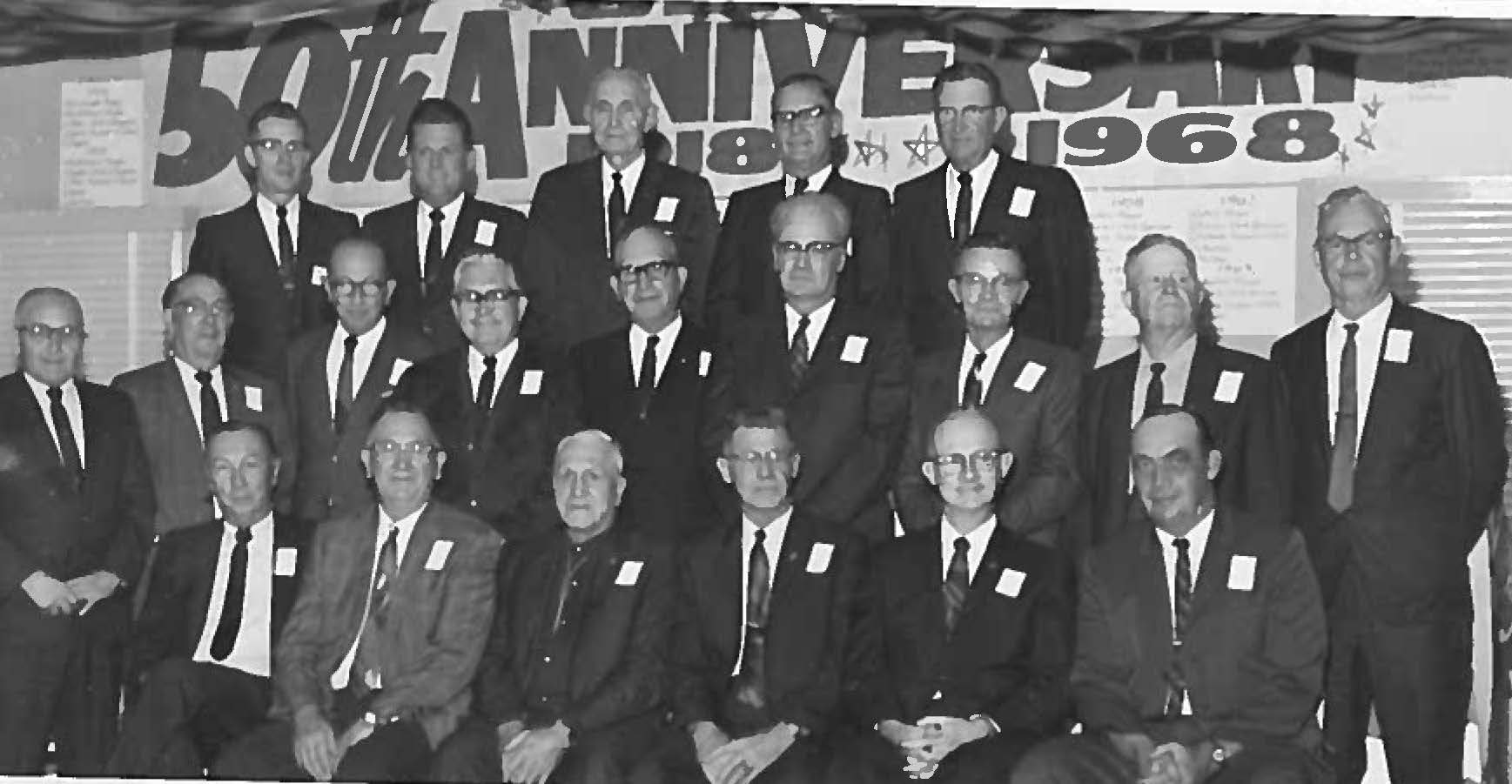 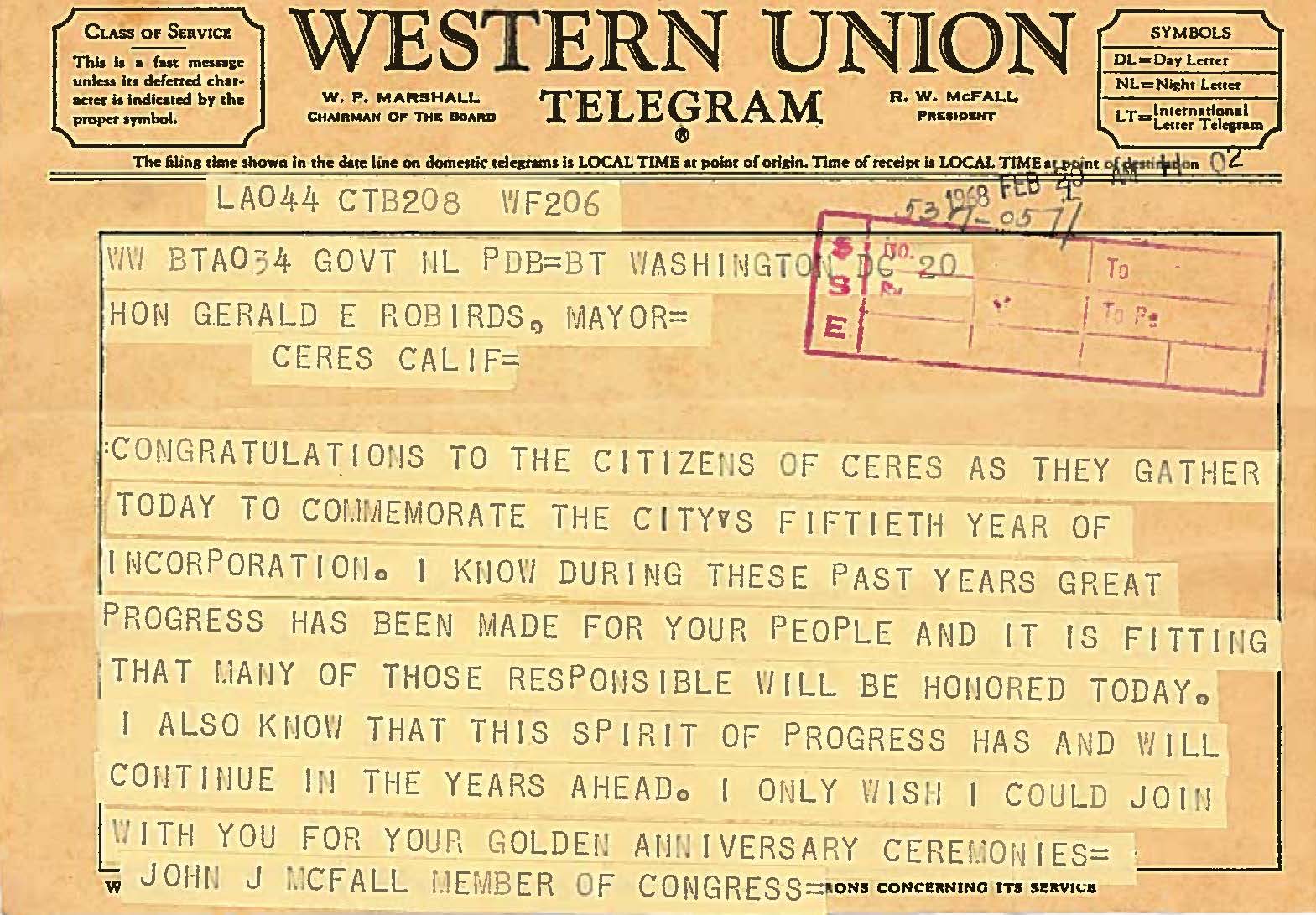 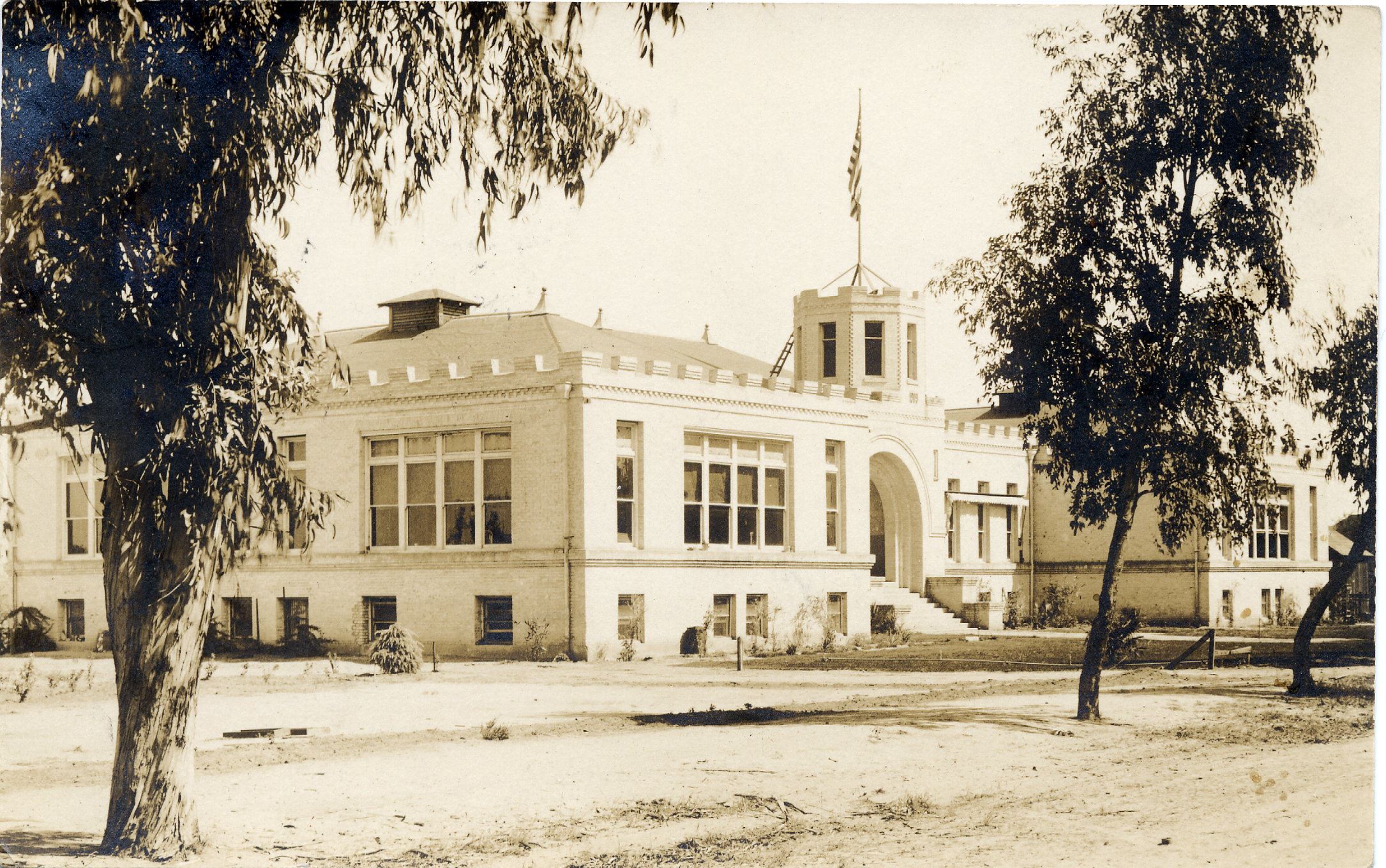 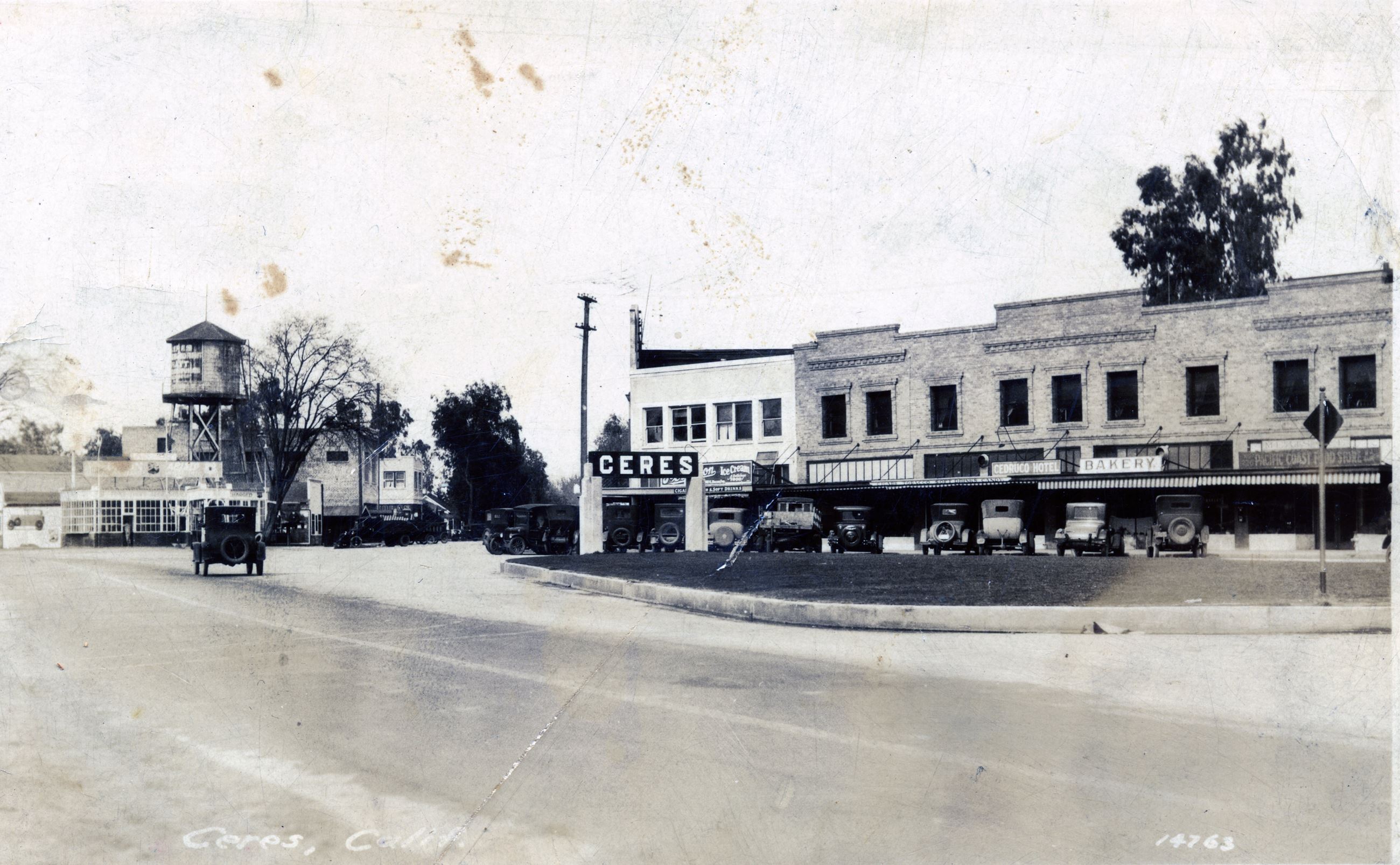 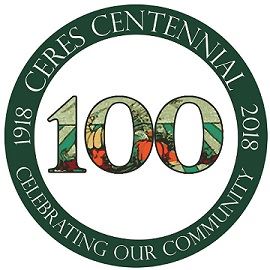 The first families that inhabited Ceres were those of John Service, Cassius Warner, and Daniel Whitmore in the year 1867. Daniel C. Whitmore is considered the first family and founder of Ceres.

On February 25, 1918, Ceres’ founding families incorporated this growing town of 1,000 inhabitants, as a general law city of the State of California.  The first election for Board of Trustees held on  April 08, 1918 with Vaughn D. Whitmore being elected as Mayor over Dr. S.W. Cartwright by a tally of 28 votes to 27 votes.

The name of "Ceres", selected by Elma J. Carter in 1871 for her father's granary and warehouses near the railroad depot, stands for health, beauty, fruitfulness, and wholesomeness after the Roman pre-Christian goddess who presided over pagan festivals of fertility and harvest.

In the last 100 years, Ceres has grown into a vibrant town with a newly renovated downtown, recreation activities and a community center, as well as, housing and community services for a diverse community.

It’s time to celebrate the 100-year journey that created one of Stanislaus County’s premier cities!

Planning has been underway for months. The following events are  what the Centennial Steering Committee has planned so far.  The dates are included in the Recreation Activity Guide and the information will be added in the future to the “City of Ceres Centennial Celebration” Facebook page, as well as, links from other City social media accounts. The Committee is continuing to work on the details and other activities will likely be added in the future.

Check out the Centennial Celebration Channel to view pictures from events.

View the sponsorship letter.  Would you like to be a sponsor? Fill out the sponsor interest form.   See a list of our Centennial Partners.

Do you want to receive an email or text updates about Ceres’ Centennial Celebration?

Have a question for the Ceres Centennial Steering Committee? Interested in sponsoring an activity? Thinking of using a centennial theme for your event? Send an email to: CeresCelebrates100@gmail.com or call (209) 409-2676. 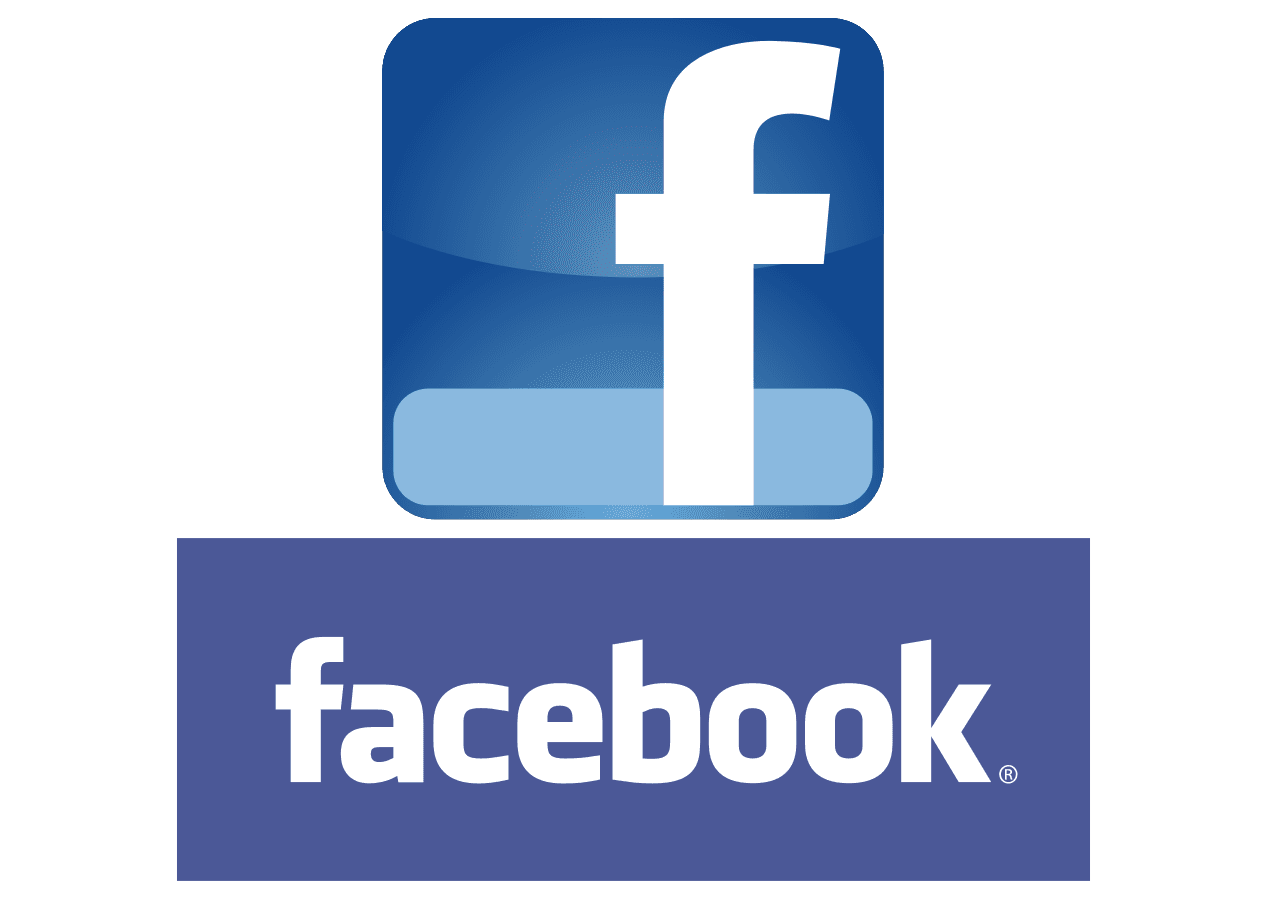