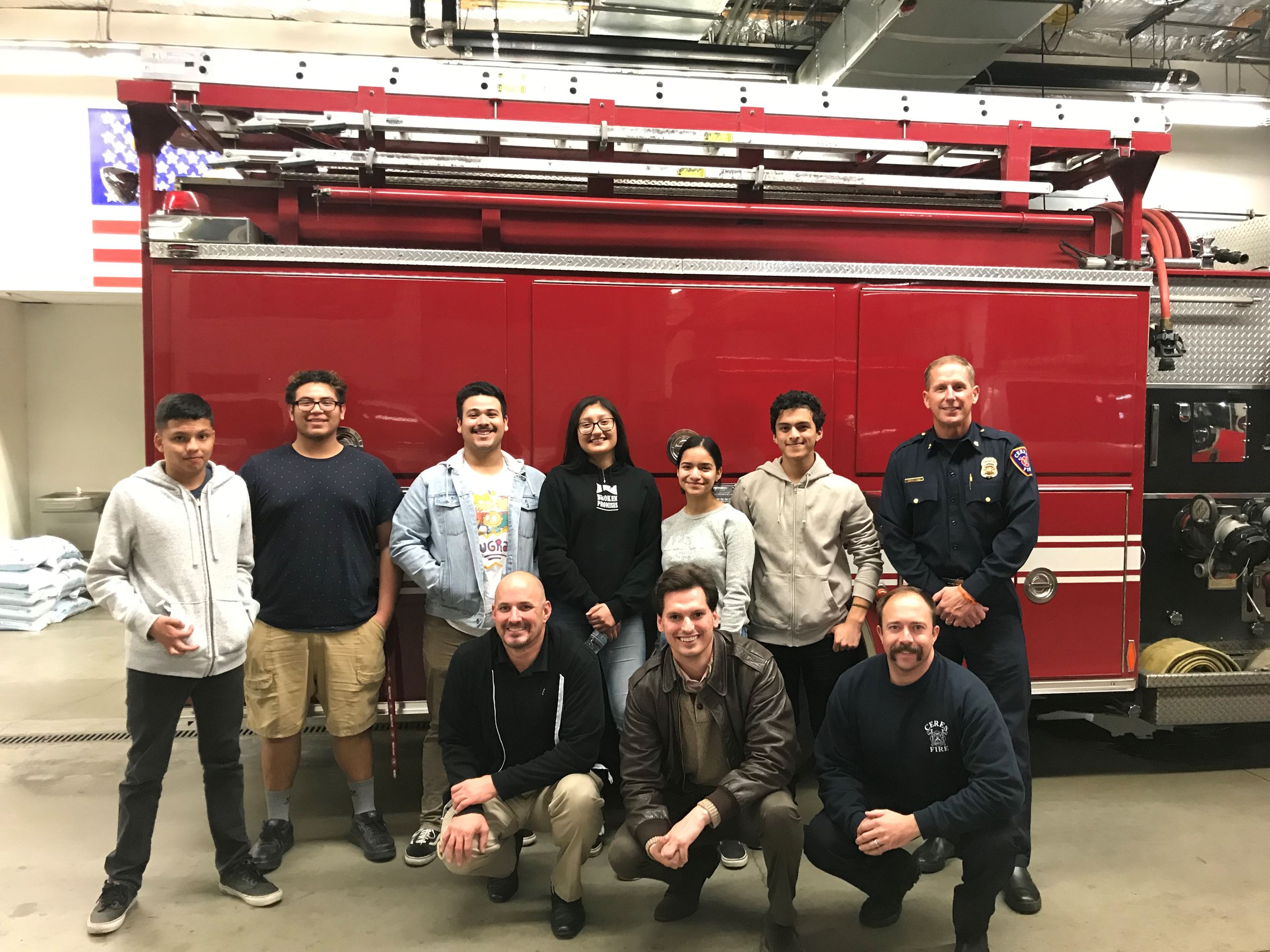 Under the leadership of Ceres Council Member Chance Condit, a group of Ceres youth spent a few hours on February 3rd, 2020 with the personnel from Ceres Fire Station 15.  In an effort to understand how the Fire Department operates and it’s integration with the city government, Chief Wise and Captain Craig spent approximately two hours with the group having discussions and answering questions.

This is part of an educational process that the group has undertaken, meeting with the various departments in the city to gain a perspective on how all of the parts come together to make a whole.  Ceres Fire Department is committed to working to develop our youths, whether it is from a government perspective or through our explorer program.

Investing in the youth of today makes for a stronger community tomorrow.

On October 23rd, 2019, Sonoma County experienced the start of the Kincade Fire.  By November 06, 2019, when the fire was considered extinguished, over 77,000 acres had been burned.  During that time, over 350 structures were destroyed, another 60 were damaged and four people were injured.

During large incidents like this, California Fire Departments rely on the Master Mutual Aid System.  On October 25th, 2019, Ceres Fire dispatched a Battalion Chief as the Strike Team Leader of XST 4202C at the request of Cal Fire.  For twelve days, this strike team of five engines and a leader assisted with suppression efforts.

As a response, a group of affected teen artists from Bayart Academy in Sonoma County showed their appreciation by “creating a large painting portraying the way the firefighters saved the community.” 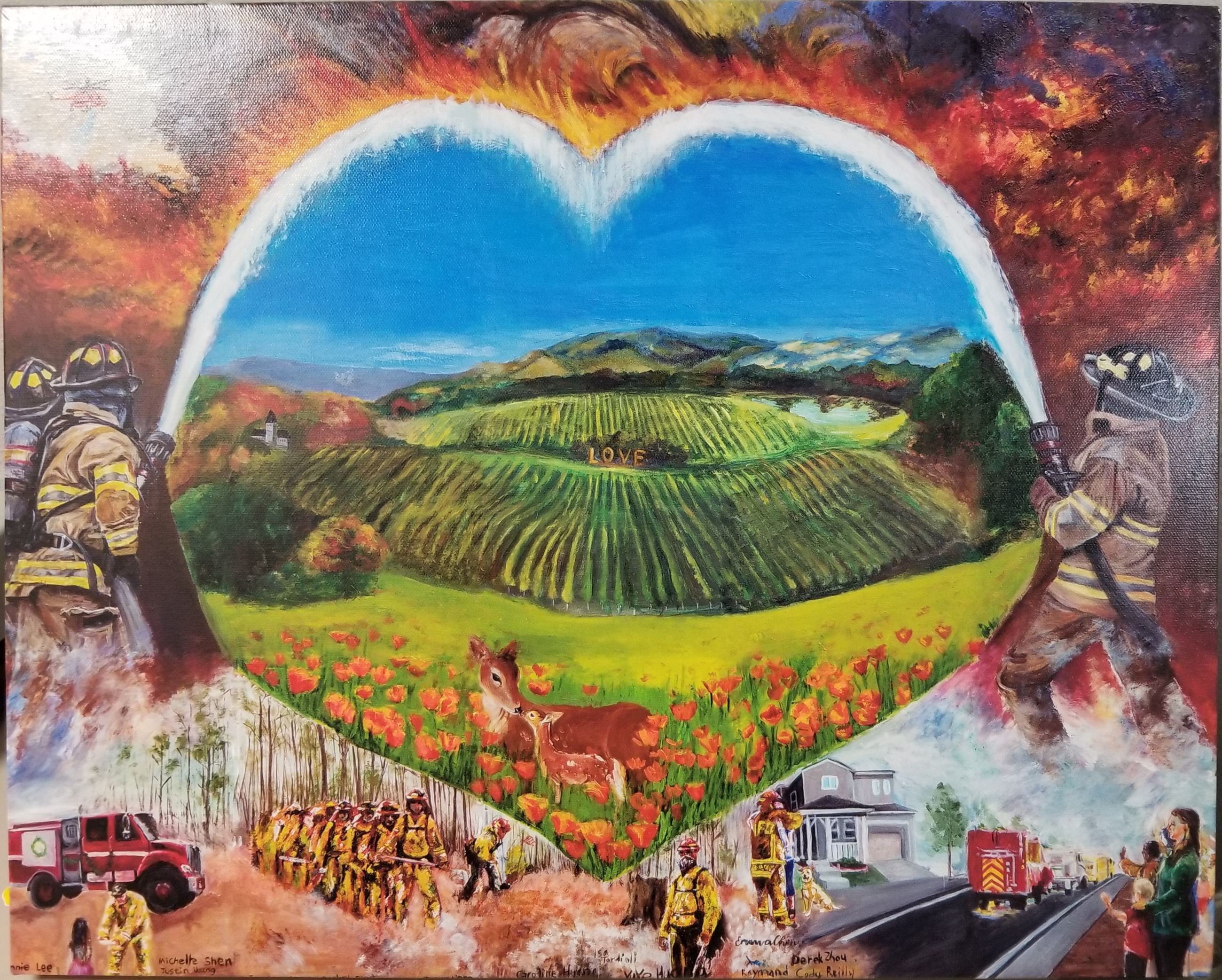 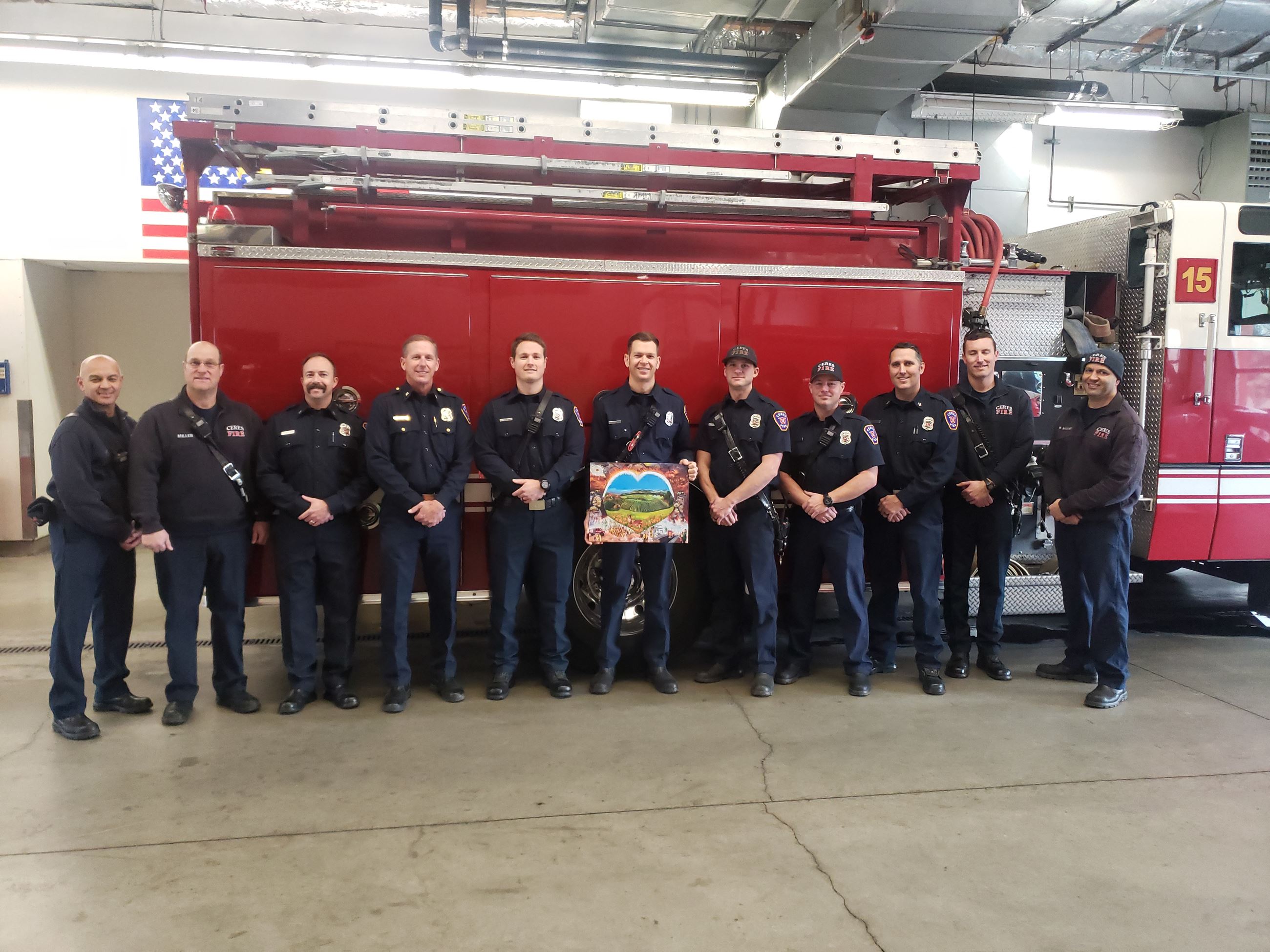